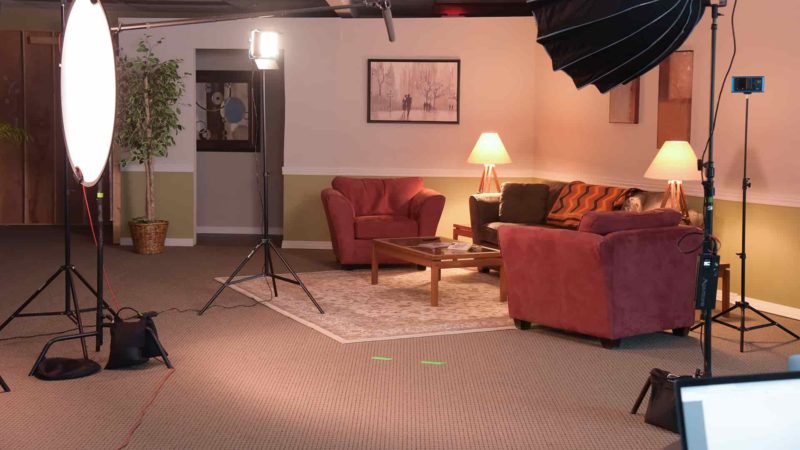 Pre-production is the first phase in creating a video, and during this part of the process, the production team outlines the elements they need to take a concept from idea to reality. The pre-production process is the foundation of the creative approach, and if this phase is handled with thoughtfulness, skill and expertise, the rest of the project is more successful as well.

Many clients start the production process with an idea of what they want or what they aim to achieve. Others know they intend to incorporate video into their marketing campaigns but aren’t sure where to start.

The production team and the client brainstorm ideas during this part of the process, and they start to craft an outline of what they want to create.  They think about what they want their audience to take away from the project, and they consider its key message and learning points. This is an important exercise, whether the video is to promote a brand, sell a product, train people, or advocate for a policy. What do you want your audience to take away?  What is the key message? What are the learning points?  This is an important exercise whether you are promoting a brand, selling a product, training people, or advocating for a policy.

Every video gets distributed differently. Some are used internally, and others might get posted on websites, shared on social media, or broadcast on network TV. The production team will help the person ordering the video decide where it should be distributed and create a plan to meet those goals.

There are many ways to create a video, and during this step of the pre-production checklist, the team decides on a creative approach. They narrow down the type of video they want and make choices about style, tone, and other creative elements.

What is the best way to present your message?  Is a character-driven message best? Are live-action actors or animated characters appropriate?  Or is data driving your messaging, and is voice-over narration and motion graphics more appropriate?  Is shooting on location or in the controlled environment of a studio better?  Of course, whenever considering a creative approach, available budget and other resources have to be a part of the discussion.

The scriptwriter can get started once the production crew and their client have settled on details about the type of video they need and the creative approach they want to apply. Scripts are necessary, whether someone is creating a traditional commercial, a training video, a documentary, or nearly any other type of video — they are the blueprint that guides the project.

Writing a script typically starts with a brief or treatment that includes the main ideas, followed by an outline. The scriptwriters then put together the dialogue and visual guidance for each section of the script.

A storyboard is a set of sketches that each represent individual shots for the video, and it creates a visual blueprint that the production team will base the video upon. The storyboard outlines the main visuals the video includes, but it also outlines ideas on camera angles, lighting, and transitions, motion graphics and text, music and sound effects, and other production elements. The production team then uses this information as they break down the script to determine the most efficient and effective method to produce all required materials.

Every video needs a cast and crew. The cast may include people from the organization making the video – for instance, a business may cast a manager as the host of a training video, or a nonprofit making a documentary may want to film its own volunteers.

The cast, however, may also require professional actors from outside the organization, and to find the right people, the production team may hold auditions or contact agents to find actors who fit the needs of the video. They might opt instead for a voice-over narrator for videos built from existing or stock footage or motion graphics.

The crew varies based on the production’s unique needs. High-quality video production companies have experienced crew members on staff, but in some cases, they may need to bring in outside crew members with experience in specific areas.  Rock Creek has both experienced and versatile  in-house crews as well as a pool of specialized freelance professionals that we call upon, depending on the particular needs of any given project.

Finding the ideal location is another element that varies based on the type of video being created, and the production team looks for appropriate locations that set the scenes for the video while also meeting the logistical and budgetary requirements of the client. Locations, once identified, are thoroughly scouted to ensure they meet the logistical requirements of the production.  Locations that appear to be perfect might have issues with audio, safety, or other concerns that make them less palatable.

This step of the pre-production checklist doesn’t apply to everyone – some clients don’t need to scout locations because they have already decided to shoot the video at their business, in our Herndon, VA production studio, or at another site they can easily access.

The shotlist lines up with the storyboard but typically goes into more depth, outlining how the film crew plans to capture each shot in each scene of the video. The shotlist essentially serves as a to-do list for the cinematographer and director, so they know what elements they need to include in the video.  Shotlists are organized to be efficient in terms of each given production day, outlining the order in which scenes and shots are captured and other considerations such as actors, props, and wardrobe to ensure a successful shoot.

The music isn’t added to the video until the postproduction process, but this step needs to be included in the pre-production checklist. The client can choose the exact music they want to be incorporated into the video, or they can choose a theme and let the production team take the reins.

The team needs to select music early in the process so the production crew can obtain any necessary permissions to use copyrighted music and to give the client time to make alternative selections if their initial selection is unavailable.

The location may not have exactly what the video needs, and to tell the story effectively, the video may require a set to be built in our production studio. The production team must design and build the set and acquire props (if we don’t already have them within our extensive collection) prior to  filming.

The team must also make wardrobe decisions during pre-production. The right wardrobe is critical for setting the scene and telling a story, but even videos that don’t have characters may need guidance on wardrobe choices. The host of an interview series, for example, needs to wear something that works with the backdrop and creates the desired visual effect.

The production crew and their client can develop a production schedule once they have worked through this checklist. They can decide when each of these elements will happen and estimate how long the process will take. They ensure the client, location, cast, and crew are available and lined up, and they also make sure specialized props, travel and transportation, and any additional services are lined up and ready to go.

The pre-production steps affect the success of the entire project, and once the client and the production team have worked through these steps, they are finally ready to jump into the production process. The work that happens before the cameras start rolling, however, is arguably just as important as the rest of the process, and clients need to ensure they choose a production company that is committed to handling this process skillfully and carefully.

Rock Creek Productions takes a cinematic storytelling approach to creating high-quality, engaging videos for a vast range of purposes. We take our clients through every stage of the production process to ensure they get a video that meets their needs. Contact our team of production specialists today to discuss your next video production.