Everything You Need to Know About the Video Editing Process

The ins and out’s of Video Editing

When producing a video, whether for broadcast, commercial or internal use, you have to take care that the final product is cleanly and precisely edited… This is how you ensure the content and messaging engage the audience and leave a lasting impression.

The video editing process consists of five deliberative phases that ensure all stakeholders have ample review time for feedback and approval,  so that not only are there no surprises, but also that final deliverables meet all technical specifications and production schedules.  The five phases are String-out, Rough Cut, Fine Cut, Finish Cut, and Finishing.  The following is a complete guide on the phases of video editing. Before we get into that content, however, we need to state that an efficient editing process begins long before you ever get into the edit suite.  Being organized on set and taking good log notes greatly enhances your editor’s ability to be efficient and creative.  With that, let’s jump in!

Many videos, especially documentaries or interview-driven programs require the editor to string out the footage.  To do this, obtaining a transcript of all interviews is helpful, as is recording a scratch track of all voice-over narration.  Then, as a first step in the editing process, creating a string-out of all the best and most appropriate sound-bites in a rough order following the script enables the entire team to see and hear the whole story.  The string-out also determines the duration of the initial cut, provides a sense of what works and what might need to be cut, and what might be missing and require additional narration.  The string-out doesn’t include any b-roll or motion graphics or anything else.  Initial string-outs are bare-bones, but the important first step in shaping the story and guiding all subsequent work throughout the editorial process.

The rough cut is the first full draft of the program where reviewers see and hear all of the stories and see initial supporting shots, or b-roll,  placed into the context of the program. This Is where the program really begins to take shape.  This initial draft version doesn’t typically include transition effects, finished graphics, or sound design, but it is fairly complete in terms of program content. During the Rough Cut phase, the scratch narration continues to be used as a placeholder to ensure that the script is fully refined prior to incurring the expense of recording professional narration.

Many decisions are made during the rough cut.  Shots and sequences are played to see how they fit into the program’s visual storytelling and duration.  Stock footage proxies are acquired and included.  Draft motion graphics and initial branding elements are edited into the sequence.  Timings for titles, the lower-third text identifies, and credits are determined and placeholder drafts graphics are included.  The soundtrack begins to take shape during the rough cut with the inclusion of sound effects and music.

The rough cut is typically the longest editorial phase and requires the most time for client review, too.  It’s also the point where some of the harder decisions are made.  For instance, if the duration of the program has to be exact, the rough cut is where the editor and producer need to begin making those decisions to craft the story into its final form.

With the rough cut reviewed and feedback provided, it’s time to move on to the fine cut. The fine cut is what it sounds like, a much finer cut of the rough program.  It’s kind of like taking a magnifying glass and zooming into your video from each clip down to each frame… This version includes transitional effects, music, sound effects. The Fine Cut is polished and essentially final in terms of content.  The fine cut may still include a few draft elements – stock footage for one. It’s important to be 100% sure of those elements prior to spending that money.  Depending upon the feedback from the rough cut and confidence in the script, professional narration may be recorded during the fine cut phase.  If not, scratch narration may continue to be employed.  All graphical elements to include branding, motion graphics or animations, text, are taken to their final, or near-final state.

The goal of the fine cut is to take the program as close to final as possible, while still leaving room for client review and feedback. During the fine cut, we  make sure that each cut flows together seamlessly.

In the finish cut, all elements in the program are taken as close to finished as possible, every last tweak has been made, and the program achieves picture-lock.  All video is color-corrected and the soundtrack is mixed.

This is the point when stock footage is purchased and inserted and music is licensed.  If professional narration hasn’t been recorded yet, it is recorded now.  Stakeholders still have one last chance to see and approve the program, but the finish cut takes the editorial team to the finish line.

Upon approval of the finish cut, the final editorial phase is initiated.  The entire video is finely color corrected, the entire soundtrack is sweetened, close-captions are generated, a high resolution, archive-ready program master is created that meets or exceeds all required technical specifications, all final deliverables are compressed, and delivered … whew.  Almost finished.  So close.

The final step to put the program to bed is to create an archive that includes all raw materials, the editing timeline, a final as-produced script, the program master and all deliverables, and all other program elements required to rebuild it in the future.

Put your project into the hands of Rock Creek’s video production experts.  Call us to call the team at Rock Creek Productions. We’ll take care of every aspect of the post-production editing process so that you can create the perfect video. 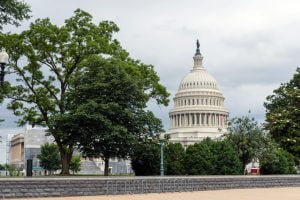 Tips for Film Location Scouting Perfect video doesn’t just happen.  Whether the camera is moving in a complicated arc through a nightclub, capturing a kayaker

Who Makes Up a Video Production Team?

From high-quality marketing and promotional spots (or commercials?) to informational programs or training courses, video is the king of online content.  60% of marketers use video content across different distribution